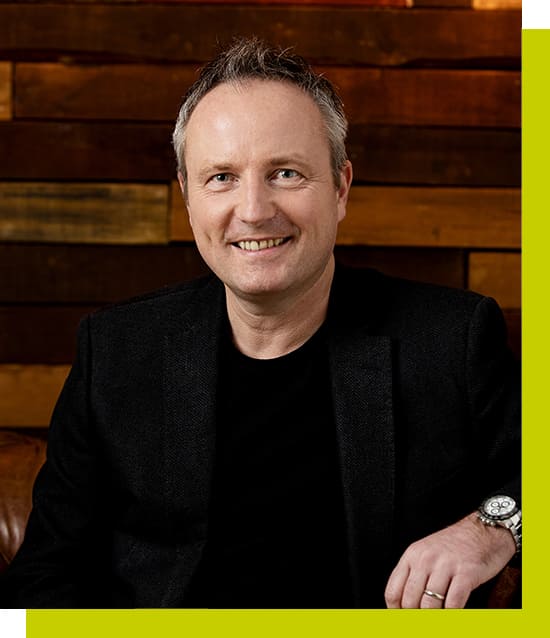 Bernard Marr is a world-renowned futurist, influencer and thought leader in the fields of business and technology, with a passion for using technology for the good of humanity. He is a best-selling author of 21 books, writes a regular column for Forbes and advises and coaches many of the world’s best-known organisations.

He has over 2 million social media followers, over 1.2 million newsletter subscribers and was ranked by LinkedIn as one of the top 5 business influencers in the world and the No 1 influencer in the UK.

Bernard Marr was born near Hamburg in Germany, where he grew up. He then moved to Cambridge, England to complete his degrees in business, engineering and information technology. He then joined the Cambridge Judge Business School as a research fellow and later Cranfield School of Management. In 2006, Bernard left the business school world to focus on his own company Bernard Marr & Co.

Today, Bernard Marr is one of the world’s most highly respected experts when it comes to future trends, strategy, business performance, digital transformation and the intelligent use of data and AI in business. In that capacity he has worked with and advised many of the world’s best-known organisations including Amazon, Google, Microsoft, Astra Zeneca, The Bank of England, BP, NVIDIA, Cisco, DHL, IBM, HPE, Ericsson, Jaguar Land Rover, Mars, The Ministry of Defence, NATO, The Home Office, NHS, Oracle, T-Mobile, Toyota, The Royal Air Force, Shell, The United Nations, Walgreens Alliance Boots, Walmart, among many others.

He is the author of 20 books and hundreds of high profile reports and articles, including the international best-sellers ‘Business Trends in Practice’, ’Tech Trends in Practice’, ‘The Intelligence Revolution’, ‘Artificial Intelligence in Practice’, ‘Data Strategy’, ‘Extended Reality in Practice‘,  ‘Big Data in Practice’, ‘Big Data‘, ‘Key Business Analytics‘, ‘Key Performance Indicators’, ‘The Intelligent Company’, ‘Managing and Delivering Performance’ and ‘Strategic Performance Management’. His books have been translated into over 20 languages and have earned numerous Amazon No 1 bestselling positions, won the 2022 Business Book of the Year award, the CMI Management Book of the Year award, the Axiom book award and the WHSmith best business book award.

Bernard is a major social media influencer with over 2 million social media followers, over 1.2 million newsletter subscribers, his popular content website, podcast, and regular Forbes column.  He is generally seen as one of the world’s top business and technology influencers. Beyond that, his expert comments also regularly feature on TV and radio (e.g., BBC News, Sky News, and BBC World) as well as in high-profile publications such as The Times, The Guardian, The Financial Times, the CFO Magazine and the Wall Street Journal.

Today, Bernard also enjoys teaching for Oxford University, Warwick Business School, the Irish Management Institute, and ICAEW. On top of that, Bernard serves as a non-executive director on the board of businesses.

Away from his professional life, Bernard’s priority is being a good husband to his wife Claire and father to his three children Sophia, James, and Oliver. Together with them and their dog Millie, he lives in Milton Keynes, just north of London, England.