Are we moving towards a world portrayed in the TV show Humans (or, The Jetsons) where robotic assistants will enter our homes?

Maybe, but we’re not quite there yet.

So far, corporations have only successfully marketed voice assistants (like Alexa), smart devices (like smart locks and thermostats) and robot vacuum cleaners for home use because of the many shortcomings of the current generation of robots. 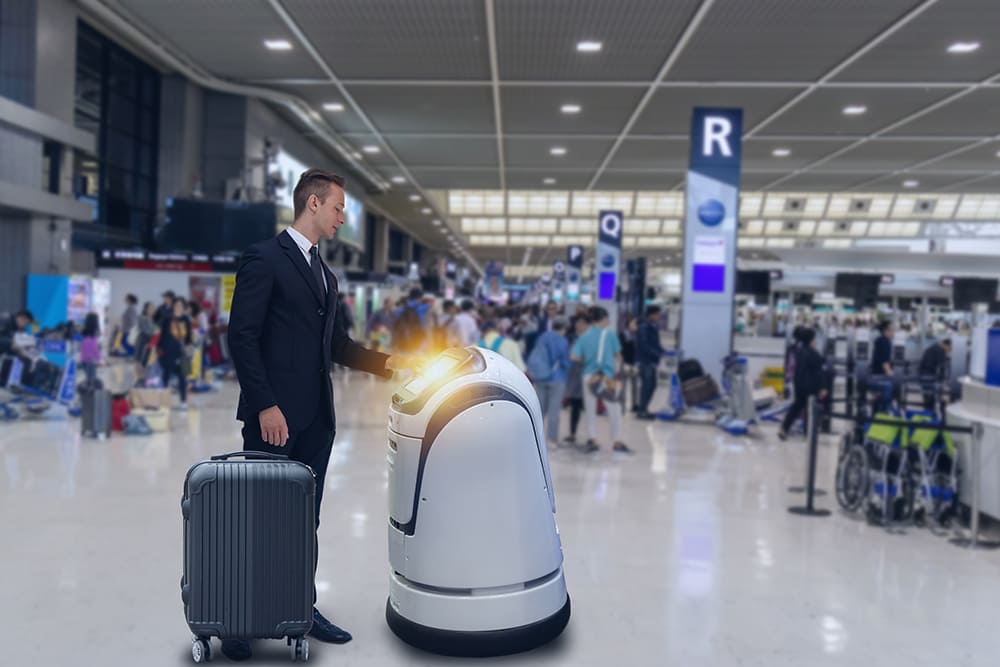 The shortcomings of today’s robots

First, robots don’t have a lot of dexterity with the range of objects and textures that would be found in a typical home. While many robots can pinch, grasp, or use suction to pick up objects, they can’t manipulate a variety of objects or textures the way humans can.

Another problem robots encounter is understanding where objects are in space. Imagine asking a robot to clean up your child’s room.  The robot would have to recognize each object — is it a toy? A piece of clothing? A cup? — pick it up, and then know how to navigate the house, understanding which rooms are which, and finally put each object where it’s supposed to go. iRobot, makers of Roomba vacuums, are starting to tackle this problem by letting users identify objects in their home that the Roomba will then be able to “recognize.”

In labs, demonstration videos, and on production lines, robots demonstrate some pretty impressive skills, everything from picking up clothes and folding laundry to flipping burgers to assembling widgets.

But those tasks are all being executed in relatively controlled environments, with safety protocols — not in the comparative chaos of the average home, which might have kids, pets, and the elderly.

Experts say that it isn't that the issues of safety, spatial knowledge, and lack of dexterity can't be met, rather that they haven't been met yet. The bigger problem is that, the more sophisticated and safe robots become, the more expensive they get.

Boston Dynamics’ famous robot dog, Spot, costs $75,000 — and that’s before you add the arm attachment that would allow it to move things. Amazon has introduced a home robot called Astro for $1,000, but it’s essentially just a mobile surveillance robot. It can transport small items from room to room, but it can’t pick things up or put them down on its own.

Samsung has revealed its first personal robots (with a price tag of around $22,000), and the Tesla bot, known as Optimus, is Elon Musk’s vision of the future, promising a prototype by 2022.

But for now, many people will rightfully believe that these sorts of jobs — including the traditional role of butlers and other home assistants — can be performed more efficiently and less expensively by actual humans.

Ultimately, I believe robots will become more and more ubiquitous in the home — beyond vacuuming our floors or turning on the lights — but it may be another decade or more before home robots resemble anything close to TV fiction.

Read more about these and other future trends in my books, Business Trends in Practice: The 25+ Trends That are Redefining Organizations and Tech Trends In Practice: The 25 Technologies That Are Driving The 4th Industrial Revolution.

How AI And Machine Learning Will Impact The Future Of Healthcare

Our modern healthcare system is currently facing huge challenges exacerbated by the pandemic, a rise in lifestyle-related diseases, and an exploding world population.[...]