How to Measure Absenteeism: The Good, The Bad and The Ugly

There’s no doubt that employee absence costs companies in terms of productivity and the bottom line. So finding a way to keep an eye on absenteeism makes good business sense. But are companies focusing too much on absenteeism scores at the expense of more pressing issues?

In this article we take a look at the most common ways to measure absenteeism, the potential pitfalls involved, and how employers can take a more meaningful approach to employee absence.

How absenteeism is typically measured

Staff absence is actually a pretty easy thing to measure. At its most basic, it may be a simple clocking-in and clocking-out system that tallies up when employees are absent from work.

Alternatively, you can calculate the crude absence rate, which tells you absenteeism as a percentage of contracted working time. This can be tracked at an individual, department or job function level, and is helpful for identifying ‘trouble spots’ in the company.

But by far the most common method for measuring absence is the Bradford Factor. This is a simple formula that translates absence patterns into an easy-to-interpret score: an employee with a high score indicates a problematic absence pattern. The Bradford Factor is particularly popular because it applies a weighting for repeat short-term absences, rather than just calculating the number of days someone has off. So, an employee who gets the flu and takes seven working days off in one go is typically less problematic than an employee who calls in sick every Monday for seven weeks. Even though they’ve both taken the same amount of time off, the second employee’s repeat absences are likely to have a greater negative effect on the company.

One big plus is that the Bradford Factor and other absence measures are easy to use. Absenteeism is a very concrete, easy thing to measure – and, if we’re being honest, that’s why a lot of companies measure it. It’s also seen as a useful proxy for employee satisfaction – as in, high absenteeism = low satisfaction. (However, as we’ll see later in this article, I think jumping from absenteeism to satisfaction is quite a big leap to make.)

There’s also the advantage that, as a mathematical formula, the Bradford Factor treats everyone the same. There’s no sugar-coating hard numbers, and it’s impossible for an employee to argue they’ve been singled out for attention because their manager doesn’t like them. In that way, it creates a level playing field.

I’m always reluctant to measure something just because it’s easy to measure. For me, that screams of measuring stuff just for the sake of it. Yes, the Bradford Factor and other absenteeism measures are easy to use, but that doesn’t mean it’s the right tool for the job.

One problem with the Bradford Factor is directly related to one of its advantages: treating everyone in exactly the same way. That sounds good on paper but, in real life, do you really think your employees are all the same? What about employees with disabilities? Or an employee undergoing treatment for cancer? Such employees are likely to have more short-term absences – the very sort of absences that the Bradford Factor places more weighting on. Employers need to make reasonable allowances for circumstances like this, which is why the Bradford Factor should never be taken as scripture or used in isolation.

Treating absenteeism as a direct proxy for satisfaction is problematic for me. There are many reasons why an employee might be taking more short-term absences (including the obvious one: health issues), so it’s not as simple as drawing a straight line between high absenteeism and low satisfaction. The relationship between job satisfaction and absenteeism can be moderated by a number of factors. For example, an employee might be satisfied with the company, their compensation and many other factors, but extremely dissatisfied with their manager.

The Bradford Factor gives you a simple score only; it doesn’t help you understand whether the absence was health related or not. And if it wasn’t health related, it doesn’t help you understand why an employee would rather pull a sickie than come into work. That’s why I think it’s a mistake to focus on absence without considering the whole employee satisfaction landscape.

A better way to approach absenteeism

While I understand the need to keep an eye on absenteeism, it certainly shouldn’t be one of the key indicators that you focus on. To understand what I mean by this, think of a car dashboard. The dashboard gives you the key information that you need to know as you’re driving along: speed, engine temperature, petrol, that sort of thing. But the car is also monitoring a number of other metrics behind the scenes. In the event that a problem arises, a warning light appears on the dashboard. That warning light is only there when you really need to see it.

The same should be true of absenteeism. By all means track it, but think of it as a measurement that ticks along behind the scenes. It’s not a useful measure to focus on – at least, not unless there’s a real issue that needs attention. In this way, absenteeism should be like a warning light that only flickers into life when you really need it to.

So what else should be on your dashboard instead of the Bradford Factor or another absenteeism metric? Well, that depends on your strategic priorities. Ask yourself, “What is it we’re really looking to achieve by measuring absenteeism?” Do you, in fact, want to understand more about employee satisfaction levels in the business? If so, there are much better ways to do that than focusing on absenteeism, such as short pulse surveys or eNPS surveys. 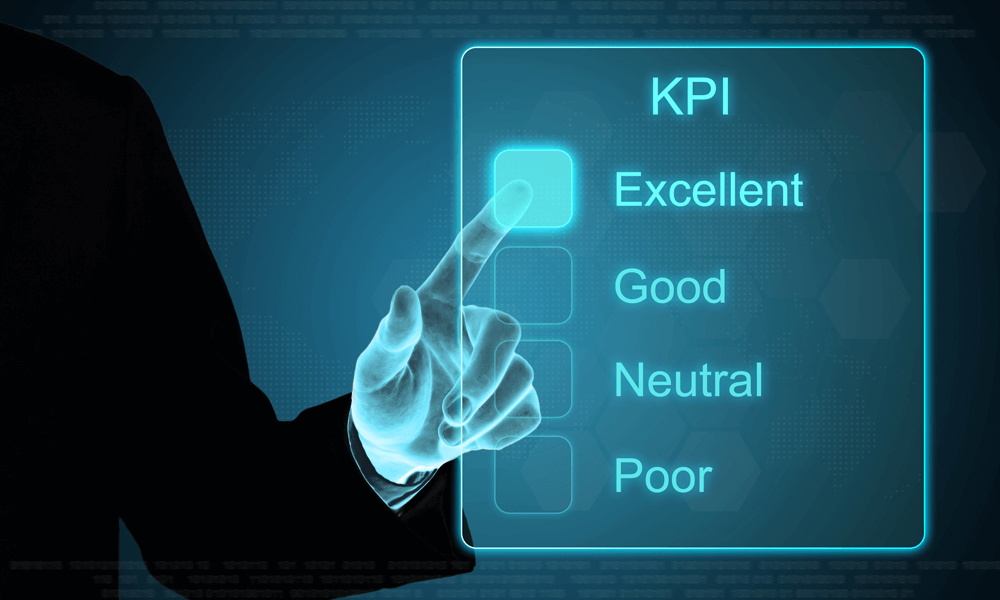 The 75 KPIs Every Manager Should Know About

Key Performance Indicators (KPIs) should be the vital navigation instruments […]

How To Measure Brand Awareness?

Brand awareness gives companies a better understanding of how well […]

In business today, knowledge is power – just as it […]

What Is The Relationship Between KPIs And Big Data?

The relationship between big data and KPIs may not be […]