Artificial intelligence (AI) has been hugely transformative in industries with access to huge datasets and trained algorithms to analyze and interpret them. Probably the most obvious examples of this success can be found in consumer-facing internet businesses like Google, Amazon, Netflix, or Facebook. 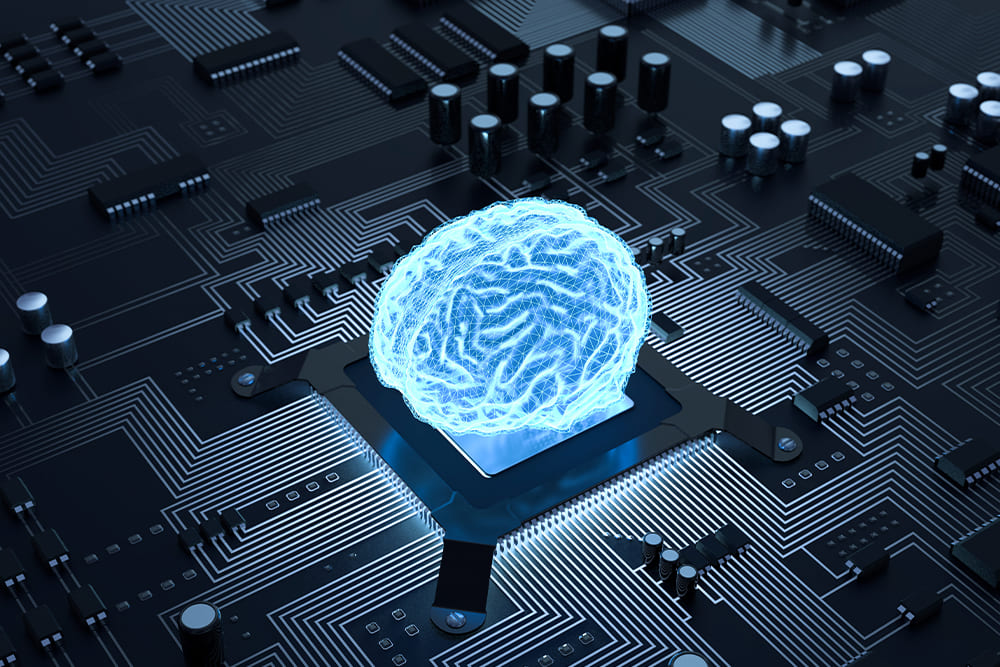 Over the last two decades, companies such as these have grown into some of the world's largest and most powerful corporations. In many ways, their growth can be put down to their exposure to the ever-growing volumes of data being churned out by our increasingly digitized society.

But if AI is going to unlock the truly world-changing value that many believe it will – rather than simply making some very smart people in Silicon Valley very rich – then businesses in other industries have to consider different approaches. Companies in, for example, healthcare, agriculture, manufacturing, or logistics simply are not going to have millions (or billions) of people signing up to freely share volumes of data, in the way that they do with Google or Facebook – the models of interaction between consumers and the businesses are completely different.

For the last decade, it’s generally been assumed that AI – and in particular, deep learning, which relies on complex deep neural networks – requires enormous volumes of data in order to surface the insights needed for genuine transformation. But what if we could get insights from smaller volumes of data?

This is the starting point taken by Dr. Andrew Ng with his current venture, Landing AI. Ng will need no introduction to those familiar with the recent history of AI. For the benefit of those who aren’t, he was the founder of Google’s deep learning research group, Google Brain, and chief scientist at Baidu’s Artificial Intelligence Group. He also co-founded the online learning portal Coursera, is a former director of Stanford University's AI Lab, and is widely considered a pioneer in the field of AI – in particular, deep learning.

Having played a leading role in integrating AI into some of the industries where it is obviously proving highly transformational, with Landing AI he decided to shift focus to some of the areas where its impact is yet to be fully felt. There’s a good reason for this, he believes – and it’s down to the heterogeneous nature of operations. Once you move beyond the world of public-facing consumer web services, industry is no longer built around homogenous infrastructure staples – web browsers, cloud servers, mobile apps, and a small number of standard operating systems. This means that “plugging in” AI-as-a-service solutions becomes less straightforward, and the customization that's necessary becomes expensive.

The solution? Focus on the data, rather than the models and the technology, he tells me, when we got together recently for a conversation.

"I think machine learning has transformed the consumer software companies", Ng says. "Google and Baidu have AI teams, also Microsoft, Facebook – but once you look into other industries, candidly, I'm not seeing the potential value of AI being realized yet today.”

Shortly after deciding to take his mission to unlock the value of AI to legacy industries like manufacturing, healthcare, and agriculture, Ng realized that perhaps he had been, in his own words, “a little naive.”

“That recipe that a lot of us had collectively built at [internet companies] – that recipe doesn’t work at all these other industries.

“So at Landing AI, one of the things we've been doing is working out that recipe … I'm excited about that; it's a big thing that those of us in AI have to figure out."

To start with, Ng and the rest of the team at Landing AI are focusing their efforts on the manufacturing sector. In order to do this, they have just completed a series A funding round, raising $57 million from investors, including industrial IoT-focused fund McRock Capital, as well as Insight Partners, Intel Capital, and Samsung Investment Fund.

It has just unveiled its manufacturing-focused MLOps platform, LandingLens, which applies computer vision to the problem of visually detecting defects during the manufacturing process.

Due to the heterogeneous nature of manufacturing, Ng tells me, "One of the things that excites me is taking tools that exist like supervised learning, and building the platforms that make it possible for there to be thousands or tens of thousands of unique neural networks for manufacturing.

“I think this is an AI-wide problem – take healthcare for example – every hospital has a slightly different way of coding their records, so you can’t have a single monolithic neural network to process every single hospital record.”

Due to the current setup of the AI industry, this can often lead to situations where AI vendor companies need to do a huge amount of customization, effectively becoming consulting companies rather than platform and service providers capable of operating at scale.

“My challenge is how can I help maybe 10,000 companies build and deploy machine learning models without having to grow Landing AI to have 10,000 machine learning engineers to do all this customization?

“The only solution is to build vertical platforms, which is what Landing AI is doing … platforms that are fast and easy … to enable the manufacturers’ [workforce] to be able to train and deploy their own AI systems, so we can then collectively tackle this very heterogeneous world of manufacturing and other industry sectors."

At the heart of the solution is a new, “data-centric” approach to tackling the challenges faced by these industries.

Ng tells me, “Here’s the idea … for a lot of applications, the code, or the neural network software, is basically a solved problem.

“The open-source thing that someone can download off the internet, from Github, works just fine. But what’s needed is to engineer the right dataset to feed into that open-source neural net AI model to then get the performance that you want.”

The challenge, therefore, is to get very high-quality data to train the AI – rather than simply high volumes of data. In order for this to work, the domain knowledge of experts working in the field becomes essential.

“If we can provide state of the art, cutting-edge neural net architectures that provide unique tools to help domain experts express their knowledge … is this discoloration in an LCD panel acceptable or not acceptable? What is a scratch versus a dent versus a piece of dirt that can be blown away? If we can provide tools to help a manufacturing plant express this domain knowledge by generating and labeling precise data, I think that's a very doable task for a manufacturing organization, and it allows these powerful systems to be created, deployed, and maintained."

This is clearly a step away from the software-centric development that has been the driving force behind the rollout of AI and deep learning in consumer software and applications. A step away from “big data”, perhaps, towards “good data” that accurately summarises the information needed to achieve insights.

Another big advantage of this approach is the fact that it’s achieved by leveraging the talent that companies already have – domain experts – rather than relying on workers specifically trained in AI system architecture and deployment, which we all know are in short supply.

From my own observations, working with companies in many industries to deploy data solutions, it’s clear that a lot of effort is still involved when it comes to customizing machine learning and AI tools to work with existing legacy systems.

Landing AI’s approach is to enable this customization to be automated by leveraging expert knowledge already within organizations to focus on the data rather than the coding, modeling, and algorithms. It certainly has the potential to play a part in rolling out AI adoption in industries where, although there is certainly an appetite for change, challenges around scaling and skills have meant many organizations have achieved only limited success.

You can click here to watch my webinar with Dr. Andrew Ng, pioneer of deep learning and founder of Landing AI.