OKRs vs BSC: What is the Difference?

If you’ve read anything about strategy and performance management lately, you might have come across the phrase OKRs (which stands for Objectives and Key Results). I’ve certainly noticed that OKRs are suddenly gaining real momentum. However, some people have noted that the OKR approach is pretty similar to the Balanced Scorecard approach (or BSC for short).

In this article, we’ll look at how OKRs and BSC differ – and what they could learn from each other.

Let’s start by clarifying what the terms OKR and BSC mean.

The BSC is a strategy framework that sets out a company’s top strategic priorities across four areas (known in BSC lingo as “perspectives”). These four perspectives – Finance, Customers, Internal Processes, and Learning and Growth – are considered critical to any business’s success, and the BSC is designed to help the organisation clarify its core objectives, initiative and measures across these four areas. The BSC has been a hugely popular management tool for decades, with many successful businesses using it to clarify and communicate their strategic objectives.

OKRs are similar to the BSC in that they define top strategic priorities. The approach breaks down strategy and execution into two components: Objectives (i.e. the most important goals that you want to achieve) and Key Results (i.e. how you will achieve and measure those goals). So, essentially, you set a goal and then define how you will achieve it. It’s as simple as that.

Interestingly, OKRs have also been around for decades – the term was first introduced by Andrew Grove, former CEO of Intel, in the early 1980s as a sort-of update of Peter Drucker’s Management By Objectives (MBO) approach (which dates back to the 1950s). One of the reasons the OKR approach has gained so much attention is its use at Google, after the concept was introduced to the company in the late 1990s by venture capitalist (and early Google investor) John Doerr. Since then, OKRs have been adopted by other top Silicon Valley companies like Twitter, Spotify and LinkedIn – which explains why the concept has gained so much traction in recent years.

Differences between OKR and BSC

As you might have guessed, both approaches have a lot in common. But there are some subtle and important differences between the two.

Here are a couple of areas where, in my opinion, BSC outshines OKR:

And here is where the OKR approach has the edge over BSC:

What they can learn from each other

By comparing the two, it’s clear to me that both approaches have something to learn from the other.

I believe OKR could be improved by turning the list of objectives and key results into a strategy map or another kind of visual, because this is a really powerful way to communicate and embed strategy. BSC provides a nice framework for visualising strategy, but I personally prefer to use a plan-on-a-page format.

BSC could definitely benefit by being reviewed more frequently, and this is something I’ve advocated for a while. I always encourage my clients to revisit their BSC framework or plan-on-a-page once a quarter.

BSC would also be improved by giving people more freedom to design their own ambitious goals in a bottom-up or sideways manner, rather than simply handing down objectives from on high. Note that I said ‘ambitious’ goals. I really like how OKR fosters this sense of aiming high and accepting that you might fail, rather than playing it safe.

If done well, I don’t see why you can’t combine the best of both approaches. For example, you can build on your OKRs with a strategy map that visualises your goals. Or if you’re using BSC, instead of cascading goals down through the organisation, give people the chance to create their own OKRs that help to deliver the organisation’s top-level objectives.

This blending approach may be a much more successful way of defining and executing strategy than resolutely choosing one over the other. 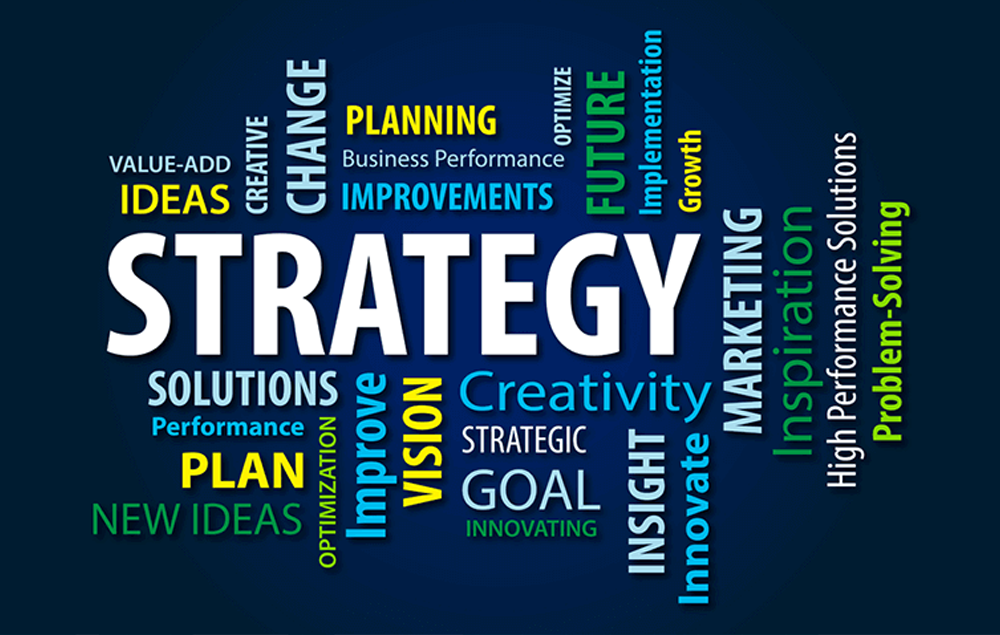 Future-Proofing Your Strategy: How To Use McKinsey’s Three Horizons Model

A valuable framework to move your company from inertia to […]

Shortly after its first year of existence, Google adopted a […]