Blockchain is one of the most exciting tech trends at the moment. It is a distributed, encrypted database model that has the potential to solve many problems around online trust and security. Many people know it as the technology that underpins Bitcoin and cryptocurrencies in general. However, its potential uses are far broader, encompassing digital “smart” contracts, logistics and supply chain provenance and security, and protection against identity theft. There are countless others – blockchain evangelists say it can potentially be used to improve security and integrity in any system that involves multiple parties sharing access to a database. 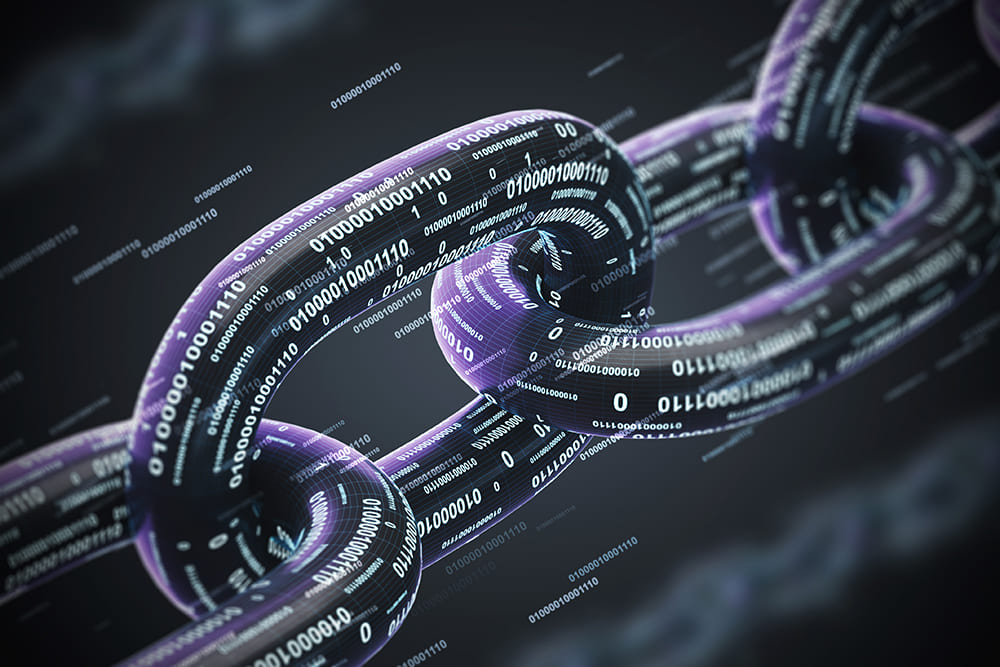 During 2022, spending on blockchain solutions by businesses is forecast to hit $11.7 billion. Here are some of the trends that will be driving this and some thoughts on how this will impact more and more lives over the course of the next year.

Blockchains can potentially use a lot of energy and create high levels of carbon emissions – this fact was behind Tesla CEO Elon Musk’s decision to temporarily stop accepting Bitcoin in payment for his cars earlier in 2021. For this very good reason, during 2022, we are likely to see a great deal of emphasis on attempts to “greenify” blockchain. There are a few ways this can be done, including carbon offsetting, although many people consider that this often equates to simply patching up a wound that shouldn’t have been caused in the first place. Another is by moving to less energy-intensive models of blockchain technology – typically those that rely on “proof-of-stake” algorithms rather than “proof-of-work” to generate consensus. Ethereum – the second best-known blockchain after Bitcoin – plans to move to a POS model during 2022. Another route to a greener operating model is the one championed by Cathy Wood, CEO of tech-focused hedge fund Ark Invest. This posits the view that growing demand for energy will lead to greater investments into generating renewable energy, which will then be used for other applications as well as operating blockchains.

Non-Fungible Tokens (NFTs) were the big news in the blockchain scene during 2021. Astronomical prices achieved by artwork such as Beeple’s The First 5000 Days created plenty of headlines, placing the concept of unique digital tokens residing on blockchains firmly in the public consciousness. It’s also firmly taken hold in the music world, with artists including Kings of Leon, Shawn Mendes, and Grimes all releasing tracks in NFT format. But like blockchain in general, the idea has potential beyond it’s first publicity-grabbing use cases. Distillers William Grant and Son recently sold bottles of 46-year-old Glenfiddich whisky alongside NFTs, which are used to prove each bottle’s provenance. NFTs in gaming are starting to take off in a big way – monster-breeding game Axie Infinity allows players to "mint" their own NFT creatures to send into battle and currently has around 300,000 concurrent players (Fortnite, for comparison, has around 3.5 million). Dolce & Gabbana and Nike have both created clothing and footwear that come with their own NFTs. And the metaverse concept – championed this year by Facebook, Microsoft, and Nvidia – brings plenty of opportunities for innovative NFT use cases.

2021 saw El Salvador become among the first nations to adopt Bitcoin as legal tender, meaning it can be accepted across the country to pay for goods and services, and businesses can use it to pay their employees. According to many commentators, during 2022, we will see a number of other countries follow suit.

National cryptocurrencies – where central banks create their own coins that they can control, rather than adopting existing decentralized coins – are another area where we will see growth in 2022. These projects typically involve digital currencies that will operate alongside existing traditional currencies, allowing users to conduct their own transactions and manage their custody without relying on third-party service providers, while also allowing the central banks to keep control of the circulating supply – keeping the value of the token pegged to the value of the country’s traditional currency. While the UK government-endorsed Britcoin is unlikely to be ready for launch during 2022, others, including China, Singapore, Tunisia, and Ecuador, have already done so, with more, including Japan, Russia, Sweden, and Estonia likely to join soon.

Blockchain is hugely compatible with the idea of the Internet of Things (IoT) because it is great for creating records of interactions and transactions between machines. It can potentially help to solve many problems around security as well as scalability due to the automated, encrypted, and immutable nature of blockchain ledgers and databases. It could even be used for machine-to-machine transactions – enabling micropayments to be made via cryptocurrencies when one machine or network needs to procure services from another. While this is an advanced use case that may involve us traveling a little further down the road before it impacts our day-to-day lives, it’s likely we will start to hear about more pilot projects and initial use cases in this field during 2022. Innovation in this field is likely to be driven by the ongoing rollout of 5G networks, meaning greater connectivity between all manner of smart, networked equipment and appliances – not simply in terms of speed, but also new types of data transactions including blockchain transactions.

Blockchain in vaccine manufacture and tracking

It’s now clear that tackling the Covid-19 global pandemic will continue to be a priority throughout 2022 and a key use case for many of this year's top tech trends. Blockchain technology has several important potential use cases in vaccine tracking and distribution. In a world where counterfeiters are known to be creating and selling fake vaccines, blockchain means the authenticity of vaccine shipments can be proven, and their distribution can be traced to ensure they are arriving at their intended locations. There’s also a need to ensure integrity at every point of the supply chain – for example, to ensure batches of vaccines are consistently stored at the correct temperature, as is needed by many of them. IBM has created a system to allow coordination between the many different and varied agencies and healthcare authorities involved with vaccine distribution, using blockchain to unify recording of vaccination rates and efficacy across the various tools and platforms they all have in use. A pilot project also showed how blockchain could potentially speed up the ability to recognize where a product recall might be needed – for example, in a case where a batch seems to be causing an unusually high occurrence of side-effects – from three days to just a few seconds. Breakthroughs that come about due to the unprecedented response to this pandemic are likely to go on to enable more use cases for blockchain technology in the manufacture, distribution, and management of vaccinations in 2022.