The Biggest Wearable Technology Trends In 2021

With the ongoing global pandemic, wearable technology didn’t make as many waves in 2020 as it has done in previous years. This isn’t surprising, as many wearable tech items are designed to be worn when we were out and about.

There were a few exceptions – notably, these include wearable devices with a healthcare function and technology designed to be used in the workplace. These will both be strong trends throughout 2021, but we are likely to see a resurgence in other areas as, hopefully, we are able to get out more. Another driving force behind this growth will be the ongoing rollout of 5G, enabling many new types of data services, many of which will be delivered through wearables.

This means we are likely to see new form-factor wearables hitting the market, to tackle health challenges or leverage super-fast networks. But existing forms such as smartwatches and health-monitoring wristbands are still evolving, too. Fitbit, one of the pioneers of consumer wearables, is currently Google’s hottest new acquisition, and speculation is that this will result in new watches and wristbands during 2021.

So here is my overview of the biggest trends that will affect the way we wear technology, both when we are stuck at home and when we are finally able to go out and enjoy the world again!

Understandably, features designed to help us monitor our health and stay safe will remain a top priority for developers of wearable technology during 2021. Many smart watchmakers are now adding blood oxygen (Sp02) sensors to their devices as standard, ECG monitors and other sensors that provide both warnings that something may be wrong with us, as well as the capability to analyze data over a time period and make suggestions about how we might improve our health.

Fitbit and Huami both make watches that include built-in thermometers that can track the rise of body temperature that often accompanies viral infections. As well as telling someone that they might want to think about staying away from other people for a few days, the aggregated data collected from these devices will help epidemiologists track the way a virus moves through populations, and in the future may help contain outbreaks before they have the chance to become global pandemics.

Of course, 2020 was also the year many of us added a new item of clothing to our everyday wardrobe, in the form of masks. Clearly, this is an item of clothing that’s ripe with potential for technological augmentation, so it was inevitable that it wouldn’t be long before “smart masks” were on the cards. Project Hazel is a prototype created by Razer of “the most advanced mask ever created.” As well as active filtration and virus-killing UV light functions, it contains a voice amplifier so you can be heard clearly while wearing it. Japanese startup Donut Robotics has created a smart mask with voice recognition that allows you to make phone calls and send messages without touching the phone in your pocket. And, of course, masks aren’t only designed to protect against viruses, so Airpop’s Halo mask can gather online information about the quality of local air and use it to control its active filtering system that protects against other types of harmful particles.

We’re also likely to see a shift in the way devices interface with our biological systems in coming years. Video game and virtual reality creator Valve is already said to be working on technology that can be controlled directly by the brain – their founder Gabe Newell said last year that he believes “The Matrix is closer than we think.” From a health perspective, the reverse of this process is potentially more useful for now – using technology to control our brain. This is the concept behind devices such as Cove, which describes itself as “stress canceling technology.” Worn over the ears in the same way as a headset, it uses vibrations applied to specific parts of the head that can create what it says is a clinically proven stress-reducing and sleep-enhancing effect.

It’s a mistake to think that 5G is just about faster data transfer speeds. To understand the effect it’s going to have on all areas of tech, and by extension, on our lives, it’s important to remember that faster speeds mean more data, and access to far richer and more diverse data sources from our wearables and mobile devices.

Just as the last generations of mobile data transfer (3G and 4G) made streaming music and streaming video a practical, everyday possibility, 5G – potentially offering speeds up to 100 times greater than previous standards – will make it possible to create entirely new types of services and experiences.

Another advantage of 5G networks is that they allow a far higher number of devices to operate within a geographical area. In busy urban areas it’s often possible that your mobile data signal is compromised purely because there are too many people nearby all trying to connect to the same network. In the world of wearables, where we may often have several devices on us that are all fighting for bandwidth, 5G should provide a solution to that problem.

One more knock-on effect is that wearables will also become smaller and lighter, as there will be less need for them to contain powerful data-processing hardware in the devices themselves. There will be plenty of bandwidth for it all to be done in the cloud. This hopefully means we will see the end of bulky VR and AR headsets, and the emergence of devices that are more comfortable to live with and carry with us.

The first smartwatches were premium products with a hefty price tag, like the Apple Watch. In tech, there is always the tendency for devices to become smaller, more effective, and cheaper in price, and the emergence of hundreds of budget smartwatches, many with the same basic functionality as Apple’s product, demonstrates that wearable tech will follow this same trend.

There’s a range of products on the market now in most wearable categories to cater to all budgets. In the coming year, we can expect to see this become true of categories such as headwear and glasses that are still mainly premium products.

New head-mounted wearables that are emerging from Google, Facebook and perhaps even Apple will be available as premium products but are more likely to also be available as cut-down, affordable models, too.  This will grow the user base for these devices, meaning the development of apps and data services that can be used on them will accelerate, too. It’s the same trend we have seen with every consumer technology from computers to smartphones. 2021 could well be the year when affordable product lines designed to be picked up and used by non-techie people will take wearables into the mainstream.

It’s very likely we will start to see wearables firmly targeted at the lifestyle market, rather than business or techie users. A good example here is Snapchat’s Spectacles, that are closely aligned with it’s social sharing and messaging services, allowing pictures and videos to be directly uploaded from the device, as well as being packed with the fun AR technology that has proven so popular with users of that platform.

As with headsets, in 2021 we can expect to see smart clothing increasingly adopted by mainstream consumers. This move is often driven by collaborations between fashion and tech brands, such as the Levi Commuter x Jacquard jacket, which allows users to control their phone and access Google services as well as track the location of their Uber using gestures. But we will also continue to see more specialized applications of the technology such as the Nadi X yoga pants, that track and give feedback on the wearer’s posture, and Neviano connected swimsuits that detect the strength of ultraviolet light they are exposed to and can send warnings to the wearer’s smartphone app if levels are too high.

The advantage of clothing over smaller accessories like watches and bracelets is that they cover a larger area of the body and can potentially take more in-depth and useful reasons. Samsung has spoken about plans to create a smart shirt that can detect early warning signs of lung disease and other illnesses. It didn’t emerge during 2020 (when many consumer tech projects were delayed or shelved), but with the increased focus on health-related wearables, it is likely we will see this type of functionality becoming a reality in the next year.

Or browse the Early Tech Innovations to find the metrics that matter most to you.

5 Autonomous Cars Trends Everyone Should Know About In 2019

Just a few short years ago the idea of cars […] 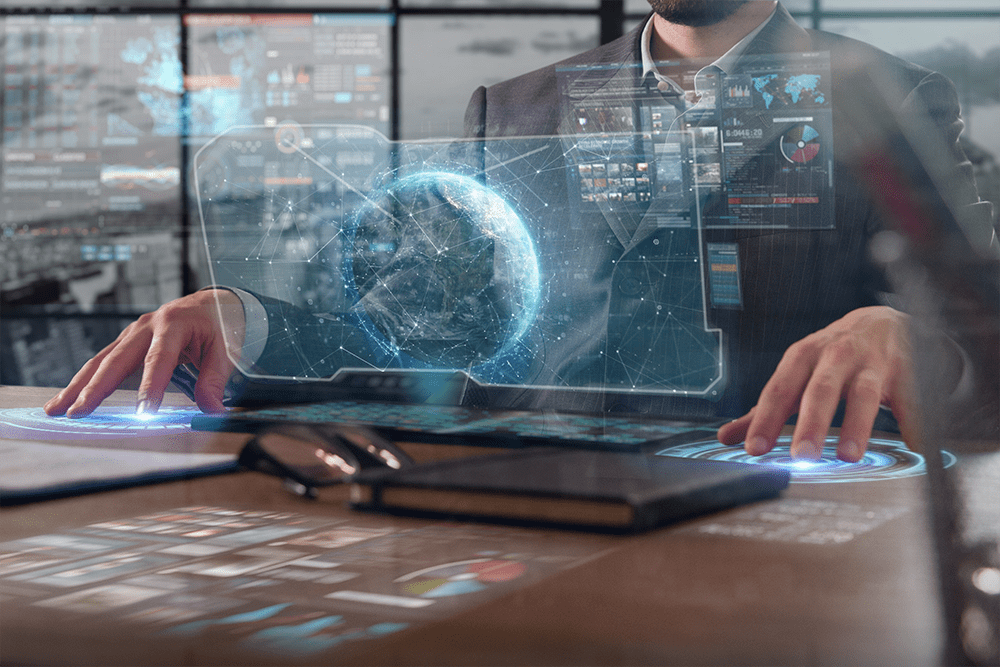 Our workplaces are changing thanks to new technologies that are […]

China has revised the official death toll from the coronavirus […]

Since online shopping became a reality, retail has become increasingly […]