The concept of blockchains technology is set to revolutionise not just the finance or healthcare industry but many aspects of business, government and even our personal lives. The problem is that there is so much hype and misunderstanding out there, which made me take a step back and explain the basics of what blockchains are and how they work – in a very simple way, that hopefully anyone can understand, even with no prior technical knowledge necessary.

So, let’s start at the very beginning, with:

What exactly is a blockchain?

At its most basic, a blockchain is a computer file used for storing data – information. Like any computer file (including the document you are reading now) it exists on a digital storage medium, such as a computer hard drive. And it takes the form of a string of binary “bits”, ones and zeros, which can be processed by computers to be made readable by humans.

Blockchains, however, have three properties which, while not unique individually, when put together mean they function very differently than other types of computer files.

The first is that they are distributed. The file containing this article can, in theory, simply be stored on one computer and accessed over the internet by however many people want to use (i.e read) it. A blockchain, on the other hand, is duplicated, in its entirety, across many computers.

This means that no one person, or entity (such as a corporation, or government) has control over the content of the file. While whoever is in control of the computer storing the file which you are reading now can edit it, to make whatever changes they like, that isn’t the case with a blockchain. Editing the blockchain is only possible if there is a consensus between the network of computers storing separate, but identical, versions of the blockchain. And this is made possible thanks to the second fundamental innovation of blockchain – cryptography.

Cryptography – from the ancient Greek words for “secret writing” – fundamentally means that the data which makes up a blockchain is encoded. In order to change the data, or in some cases (depending on the type of blockchain) even to read it, you need to be in possession of the private keys corresponding to the correct ‘block’ in the chain (see the next section on structure of a blockchain). If you had access to the computer storing the document you are reading now, it would be simple to edit this document. If this document was stored in a blockchain, however, you would need to input the codes to prove you had the right to make changes. If the codes do not match, then changes would not be accepted onto the other copies of the document, which, as explained above, are distributed across many (potentially an unlimited number) of other computers.

The third fundamental innovation is openness. Blockchains are to some extent public. This can mean ‘accessible to anyone’, as is the case with the Bitcoin blockchain, or ‘accessible to anyone who has been given permission to view it’ – as is the case with blockchains deployed within organisations or businesses for internal use. This means that anyone on the network can monitor the file for changes, even if they don’t necessarily have permission to edit it, or access all of the data it contains in its unencrypted form.

Putting all of these elements together meant the ‘double spend’ problem formerly inherent to digital data was solved for the first time. Because a computer file (data) can be copied and shared an endless number of times, it was generally impossible to use it as a store of value (like gold, or cash, or a valuable work of art, for example). With blockchain technology this is different, which has led to it being described as enabling the creation of the ‘internet of value’.

How is a blockchain structured?

The clue to this one is in the name – a blockchain is a computer file consisting of blocks of data chained together. Each ‘block’ – which can be any size depending on the type of blockchain – contains a link to the previous block – hence forming a chain.

It also contains a timestamp to record when the information in that block was created or edited. Finally, it contains the data itself – which is whatever the blockchain is being used to record. This could be the ‘value’ of the block, in the case of blockchain currencies such as Bitcoin, transactional data such as an exchange of goods or services between parties, or ownership rights, when the chain is used as a record of who owns what.

What is blockchain used for?

The first blockchain was created by someone known as Satoshi Nakamoto – whose real identity remains a mystery to this day – and formed the foundation of the cryptocurrency, Bitcoin, in 2009.

A cryptocurrency is basically a currency which, rather than being issued and controlled by a central bank, such as US dollars or British pounds, uses an encrypted, mathematical blockchain model, as described above, to track exchange of value and ownership. Since then, thousands of other cryptocurrencies based on the same principle have emerged.

However, it quickly became apparent that the applications of the blockchain technology could go far beyond cryptocurrency and could be extremely useful for a host of other applications, across many different industries, affecting many different aspects of our lives in business and elsewhere.

In fact, blockchains can be used for anything which requires transactions to be recorded in a secure manner. This includes (among endless other potential applications):

What are the downsides and dangers of blockchain?

Of course, as with any new technology, from automation to AI, blockchain isn’t without its problems and obstacles.

Perhaps the most obvious is that they often require huge amounts of processing power to operate, due to the complex cryptography that must be ‘solved’ by computers in order to make the data accessible.

For example, it’s been reported that the power usage of the network used to track and verify Bitcoin transactions was around 30 terrawatts last year. By comparison, the entire country of Ireland used 24 terrawatts in the same time period. This obviously has high environmental cost, although blockchain proponents say this could be offset by moving to cleaner and renewable energy. It’s for this reason that countries like Iceland with huge supplies of geothermal energy have become hubs of bitcoin mining activity.

Another potential pitfall is that due to the current hype, blockchain technology is sometimes pushed (by those with a vested interest in selling it) as a miracle solution to any business problem. While blockchains certainly have many interesting and potentially transformative uses, they will not always be the right solution.

Blockchains can be complex, computationally intensive, and expensive to implement. On top of that, many aspects of their applications are still unregulated as policy and law makers are trying to catch up. I also believe that standards are still to be defined as many different blockchain protocols are currently competing with each other.

I hope this post helped you understand the basics of blockchains – a technology that promises to bring transformative change to many industries and government operations. To dive into more details, have a look at these posts: 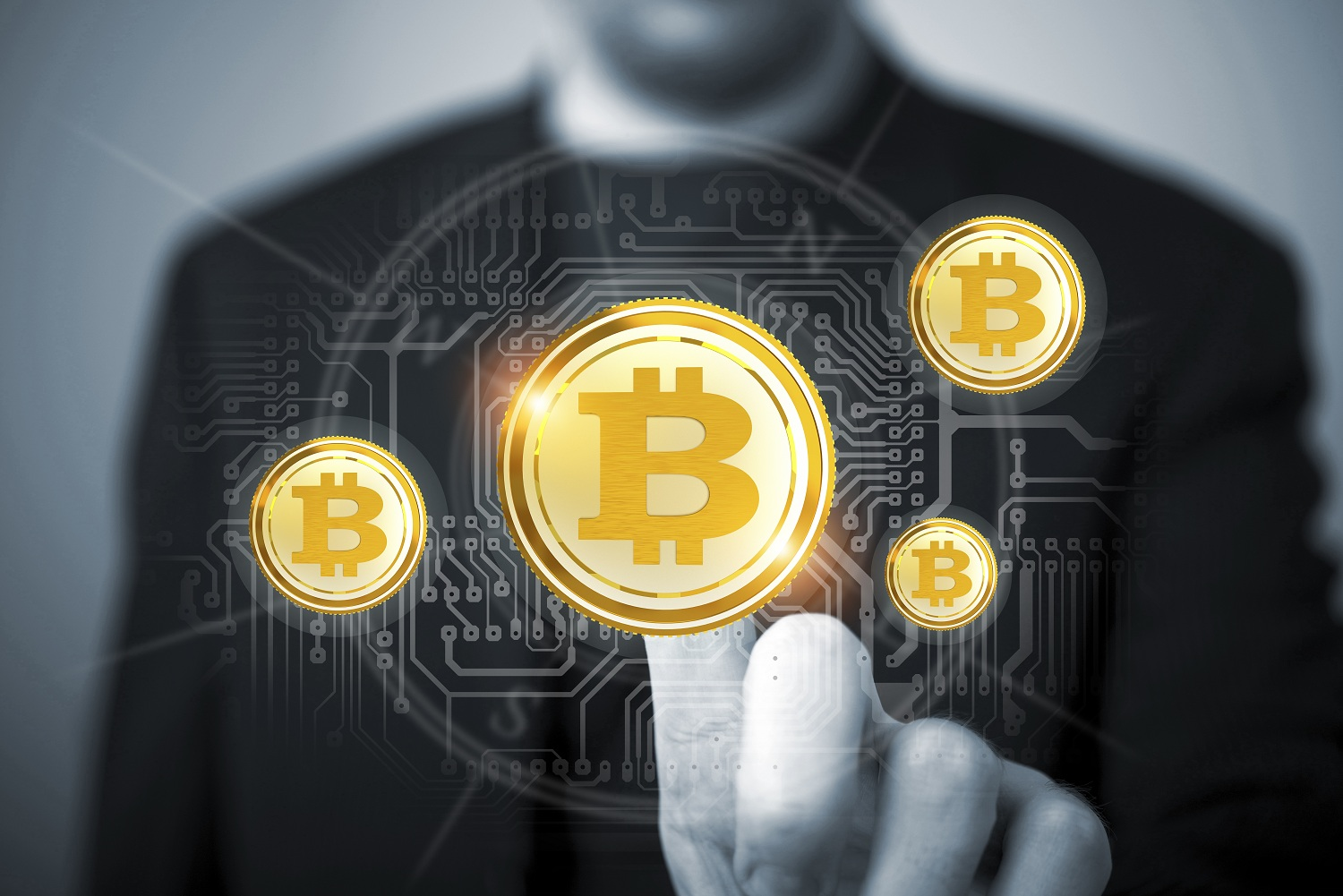 I’ve often sung the praises of blockchain technology, which I […]

5 Blockchain Opportunities No Company Can Afford To Miss

The blockchain phenomenon appears to be gathering pace as we […]

What is the Difference Between Blockchain And Bitcoin?

Did you know that blockchain and Bitcoin aren’t the same thing? […]

A Very Brief History Of Blockchain Technology Everyone Should Read

When Satoshi Nakamoto, whose true identity is still unknown, released […] 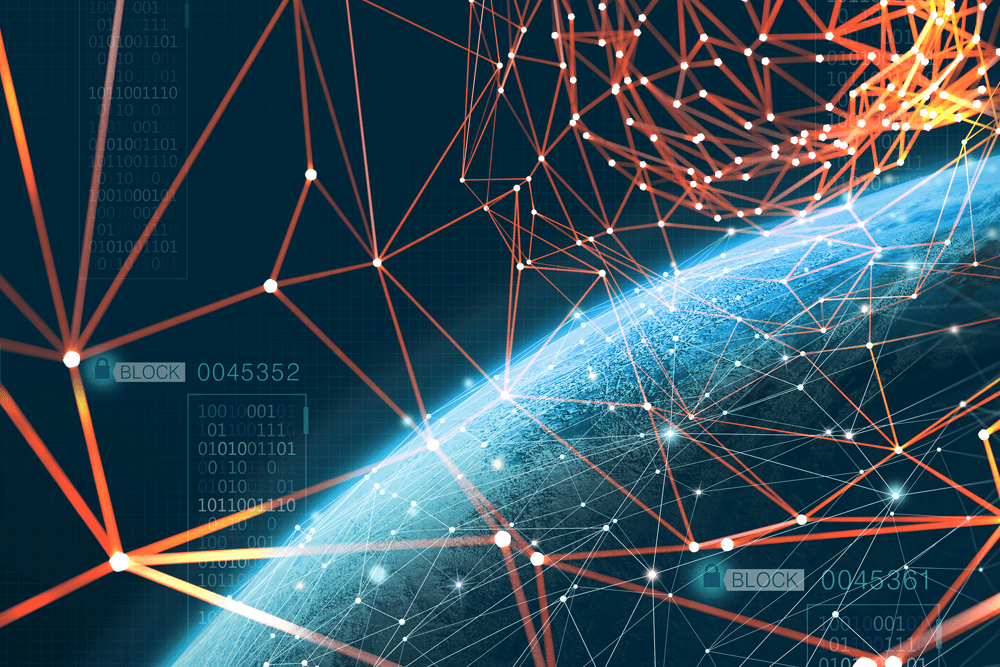