With more than 100 million subscribers around the world who generate an extraordinary amount of data to analyze, Netflix has access to many insights about its viewers that help drive its success. It’s not just the amount of data they have available that give the company a competitive edge and to make their viewers happy with the user experience, it’s Netflix’s commitment to data and tools to analyze the data that help them extract meaning from it that makes it powerful. When the company was just a DVD-mailing business, they had just four data points to analyze that included customer ID, movie ID, rating and the date the movie was watched. Once they transitioned to a streaming service, a lot more data was available to review. 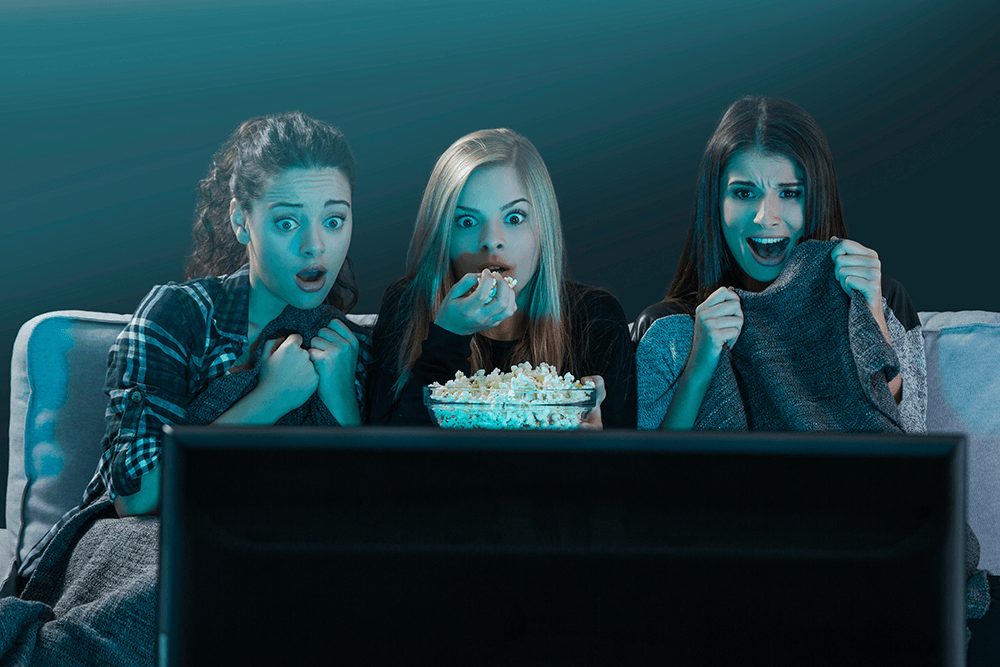 Netflix’s ability to gather valuable insights from the data it collects is vital to its success. The faster the platform is able to recommend to its viewers what they should watch, the better the user experience. The company’s analysis has found that a typical Netflix customer will lose interest in 60 to 90 seconds when choosing something to watch. In that time, they view 10 to 20 titles. Interestingly, 80% of the content we watch on Netflix is influenced by the company’s recommendation system. This was such an important element to the company it launched a competition in 2006 with a cash prize of $1 million to the group that could create the best algorithm to predict how a customer would rate a movie based on how they rated previous movies.

Netflix even has a list of films that the data shows are so scary that users won’t finish them. They determined that if a viewer watched at least 70% of the movie—a data point that the streaming service is able to calculate—but then turned it off, it was because it was too horrifying to watch. But couldn’t they also turn off the movie just because they didn’t care for it at all? According to Netflix, if people truly dislike a movie, they would turn it off well before they get to the 70% threshold.

According to their list, here are the top 10 movies that are too scary to finish:

Other Insights Netflix Gets from Data

Netflix contends that its algorithms help them retain customers and ultimately save $1 billion a year in value. Many of these algorithms are concerned with viewing behavior that include if portions of shows get rewatched, if credits are watched or skipped over, when a program gets paused, what device a show is watched on, if different shows are watched on different devices and more.

Netflix also uses data to predict what viewers want in a show and then create it for them. When data revealed that its subscribers where huge fans of director David Fincher and actor Kevin Spacey, Netflix didn’t even flinch when it skipped right past the traditional process of making a pilot of House of Cards and committing to two seasons with 26 episodes. And, the company didn’t stop with its House of Cards success. Their formula of using big data to inform creative decisions and original content development as resulted in a success rate for Netflix’s original shows are 80%,compared to a 30-40% success rate for traditional TV shows.

Big data is used to continually monitor and make adjustments to Netflix’s quality of experience. They optimize its streaming service by reducing lag when streaming content by utilizing ISPs and other hosts around the globe. The company tracks data points such as rebuffer rate (delays due to buffering) and bitrate (impacts the picture quality) which if aren’t at acceptable levels would affect the user experience.

Next time you’re binge watching your favorite series or turning off a horror show, consider the information you share with Netflix just by your actions—searching, starting, stopping, restarting, reviewing and more. All of this will help Netflix continue to provide you with a better user experience and recommendations for shows that might appeal to you. The happier you are, the more likely you’ll continue your subscription. Just as important, it will help the company keep its competitive advantage as others jump in to become viewers’ top choice for streaming video services.

So, will you turn on Cabin Fever or The Conjuring tonight to see if you can watch more than 70% of it?