The Future Of The Transport Industry – IoT, Big Data, AI And Autonomous Vehicles 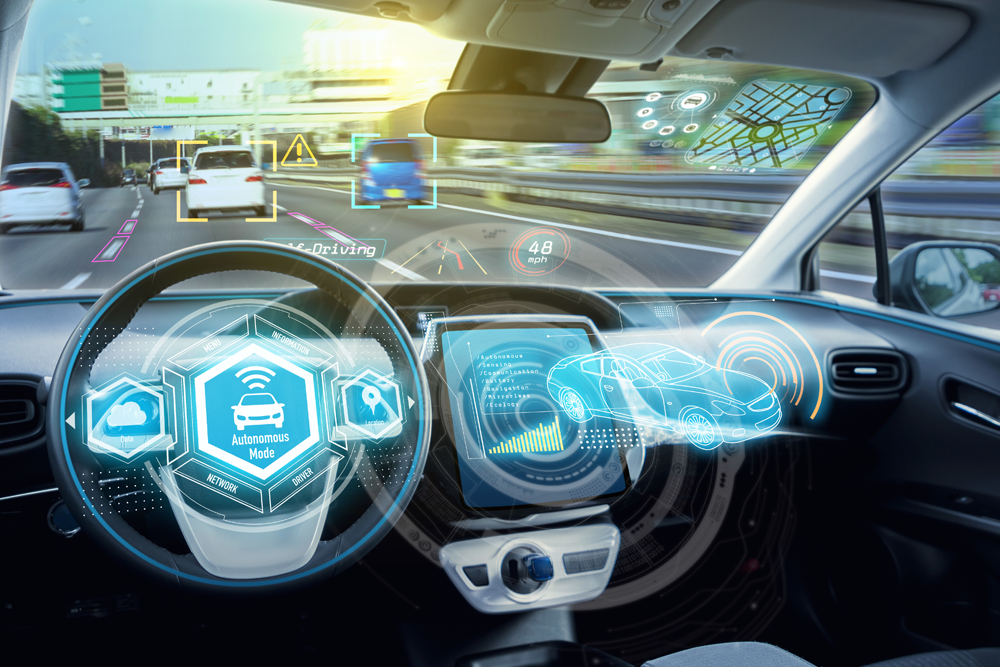 Even though we haven’t quite hit widescale adoption of some of these technologies, many have been tested and prototyped and large-scale adoption seems imminent. Here’s an overview of some of the major developments that are changing the transportation industry.

By 2020, it is expected that 10 million self-driving cars will be on the road while there will be more than 250 million smart cars—cars connected to high-tech networks—sharing the road with them. There are already self-driving features on several vehicles that are available today thanks to Tesla, Mercedes and BMW. We can send our gratitude for this innovation to machine learning and the complex system of sensors, cameras and software that helps vehicles absorb data from their environments and learn and respond to what the data is telling them. Google’s self-driving car project Waymo has already logged the equivalent of 300 years of driving experience on city streets since 2009 and promises to free up our time, lower stress, make our roadways safer and improve transportation for us all. Even Uber is testing out and investing $300 million to further develop a fleet of self-driving vehicles.

There’s certainly reason for the 8.7 million people employed within the U.S. trucking industry to be concerned about how self-driving trucks will impact their livelihood. Daimler Trucks just launched an 18-wheel, fully autonomous truck to drive on American roadways. Although not completely driverless, it can take over under certain conditions similar to an auto-pilot on today’s planes, as well as stay at a consistent speed, keep a safe distance from other vehicles and more. Swedish start-up Einride took it a step farther with a prototype of a self-driving truck with no cab that can be completely controlled by a remote operator or drive autonomously without human intervention. Last year, Uber’s self-driving truck travelled 120 miles to make its first delivery of 50,000 beers and in the UK self-driving truck platoons are being tested to cut down carbon dioxide emissions and improve efficiency.

Aviation and other things taking flight

Dubai, in collaboration with Volocopter, recently tested a potential drone air taxi. This model was a two-seater unmanned flying vehicle and it carried Dubai Crown Prince Sheikh Hamdan bin Mohammed on a five-minute flight. The vision is to ultimately be able to call an air taxi like you would an Uber and take to the skies instead of battle traffic. Meanwhile, Amazon is changing up delivery service by piloting Prime Air, using unmanned aerial vehicles to get customers their products in 30 minutes or less. Amazon was also granted a patent to develop a drone that can connect to an electric car in motion to recharge it.

Rolls-Royce is taking to the high seas and revealed plans to develop cargo ships that can transport goods without needing humans on board. Multiple ships would be controlled by a land-based control hub; since there would be no crew on board, these would be cheaper to operate and have more room for cargo than today’s ships. They predict we will see a “remote-controlled ship in commercial use by the end of the decade.”

Whether it’s a train, plane or automobile, all of our connected devices yield tremendous amounts of data that we can use to improve safety and efficiencies throughout our transportation system. From tracking traffic and optimising delivery routes, to payment processing and insurance premiums based on real-time data, data is the fuel that will power tremendous insights to enhance our transportation system. And what if you could prevent costly downtime with your fleet? That’s the goal of predictive maintenance analytics solutions from several companies that use computers to identify issues before trouble ever rears its head and is one of the main drivers for the industrial internet of things.

Times are certainly changing when it comes to the world of transportation. Powered by big data, artificial intelligence and the internet of things, our transportation system is poised to become safer, more efficient and smarter.

What Are The 10 Best AI Consulting Firms

Google CEO Sundar Pichai has described the advent of artificial intelligence (AI) as more revolutionary than the discovery of fire or electricity.[...]

The Best Examples Of Human And Robot Collaboration

The future of work is not about humans being replaced by robots. Rather, it is about us learning to work alongside smart, automated technology[...]