6 Amazing Passenger Drone Projects Everyone Should Know About

Large cities with traffic congestion problems such as Los Angeles, Dallas-Fort Worth and Dubai have stepped forward and offered their cooperation to drone aviation innovators. They want to be the first to welcome and make passenger drone taxis a reality in their metropolises. Various companies are working towards viable passenger drones by addressing the mechanical, engineering, safety and regulatory challenges.

To get a flavour of how close we are to the reality of autonomous passenger drones, check out these 6 amazing projects:

To let the audience at CES 2018 know it’s serious, Intel, who is in partnership the German aviation company Volocopter (which is backed by Daimler), finished off its keynote address with the Volocopter VC200 flying across the stage—the first time the two-seater 18-rotor air taxi took flight in North America although it has had several test flights in Dubai. It can be operated by a pilot or on its own and runs completely on electricity. Currently it can fly for 30 minutes with a max range of 17 miles. Volocopter already has a permit to fly in Germany and hopes to be part of Dubai’s commercial pilot programme in the early 2020s.

Ehang184, the Autonomous Aerial Vehicle (AAV) from Ehang, is a one-person passenger drone that was expected to take flight in Dubai in July 2017 as a taxi. Even though that deadline was missed, the company’s CEO claims that its two-person drone will fly in 2018 pending approval by regulators. This drone was built with full redundancy in its systems, has 100 % green technology and is powered by electricity only.

In partnership with NASA, Uber’s passenger drones are “vertical take-off and landing” (VTOL) vehicles. They plan to be operational in 2020 and are currently working with officials and real estate firms in Los Angeles, Dallas-Fort Worth and Dubai to find possible locations for take-off and landings for their drones that are designed for flight in dense areas.

Airbus went on record that it would have its electric passenger drone in the air in 2018 with plans to be operational by 2023 or before. So far, the company seems to be on track to hit its fairly detailed plan—it hasn’t missed a milestone yet. The CityAirbus would be able to transport four passengers and is also a vertical take-off and landing craft that uses a four-rotor design. At launch The CityAirbus would be pilot operated, moving to full autonomous mode once the tech catches up.

Another German company, Lilium Jet, had a successful maiden flight in Munich in April 2017. The all-electric aircraft takes off vertically like a helicopter, but then propels forward like a jet with the claim it’s “the world’s first electric vertical take-off and landing jet.” The all-electric craft has a range of 300 km and a speed of 300 km/h, while creating less noise than a motorbike.

While Bell Helicopter has thus far produced drones for package delivery, they showcased a VR simulator of their concept for an air taxi at CES 2018 which made them the first helicopter company to exhibit at the show. Their four-passenger drone is slated to come with lots of commuter creature comforts such as video calling, WiFi, artificial intelligence and wireless charging and, like several others, it can be flown by a pilot, but anticipates being autonomous.

Technology Isn’t the Only Hurdle

Once these innovative companies solve all the technical challenges presented by autonomous passenger drones, there are still hurdles to overcome when it comes to air traffic control, regulators and legislation before we will witness a surge of them taking flight.

It’s one thing to test an unmanned passenger drone, it’s another to consistently get it off the ground with passengers on board. What infrastructure is in place or will need to be built to accommodate passenger drone take-offs and landings? Then, decisions need to be made regarding air space and how passenger drones will interact with other flying vehicles such as traditional planes and delivery drones.

Uber is already trying to tackle some of these issues. As part of its partnership with NASA, it is working to develop a dedicated air-traffic management system. Metropolitan districts need to work through licensing, zoning and noise pollution concerns and other industries such as insurance, will need to determine how they will incorporate passenger drones into their business.

There’s certainly a lot to be excited about with the advances of these passenger drone projects, but we’re still a few years away from seeing them as part of our everyday reality.

Kroger: How This U.S. Retail Giant Is Using AI And Robots To Prepare For The 4th Industrial Revolution

Kroger: How This U.S. Retail Giant Is Using AI And […] 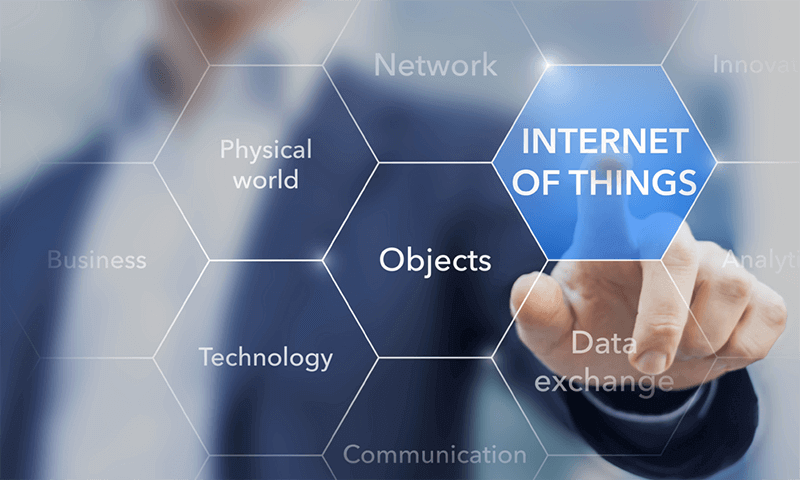 What Is The Internet of Things (IoT) And How Will It Change Our World?

Amazon Echo. FitBit. Even your coffee pot. While you might […] 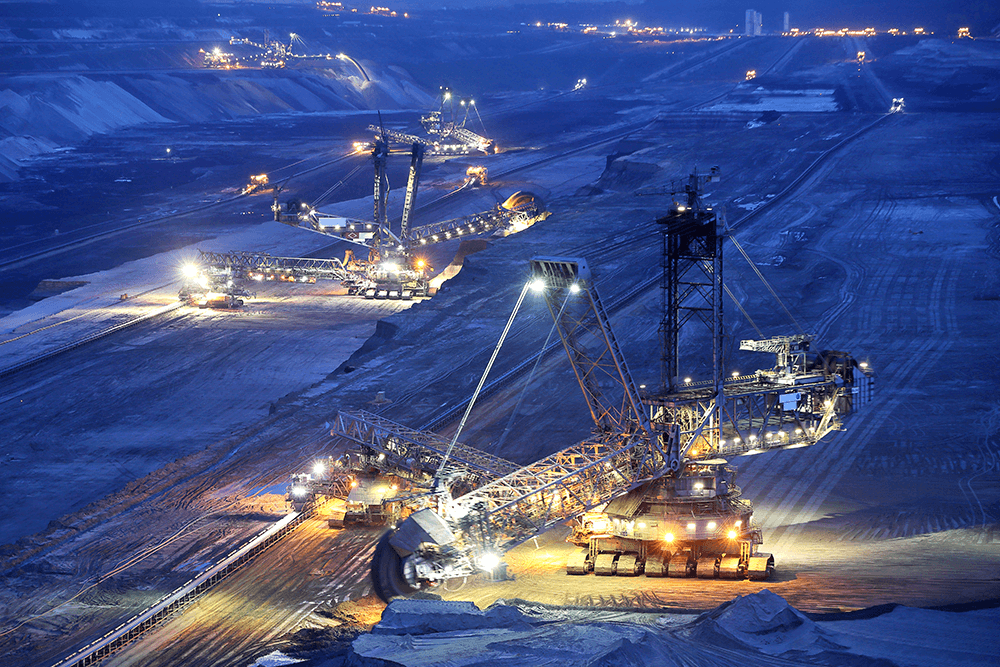 In an industry such as mining where improving efficiency and […] 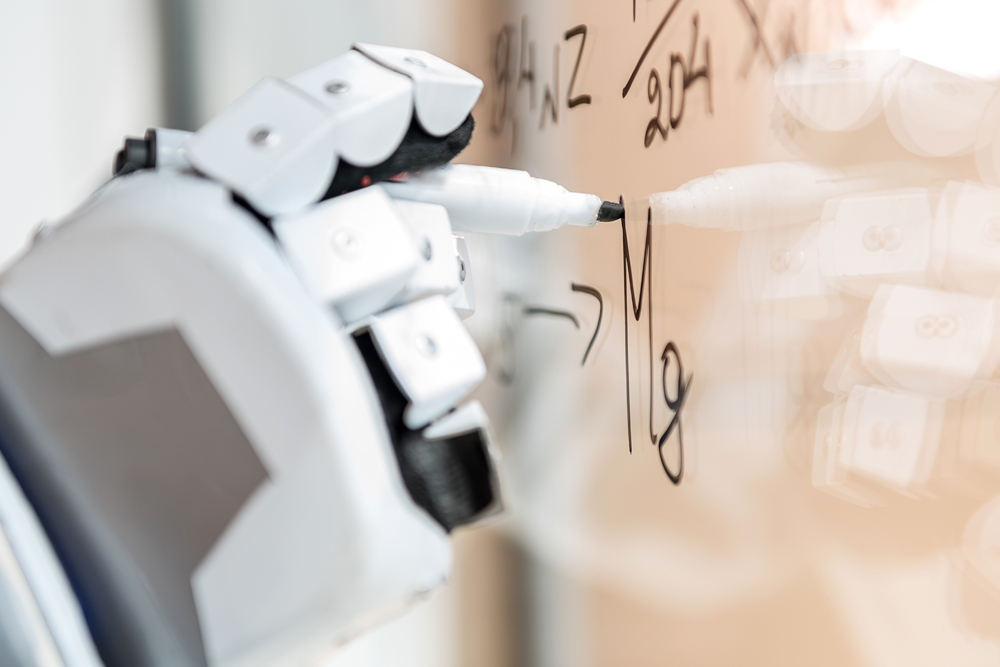 Meet Hemingway: The Artificial Intelligence Robot That Can Copy Your Handwriting

The everyday tasks that humans often take for granted, such […]

The Internet of Things (IoT) is one of the most […] 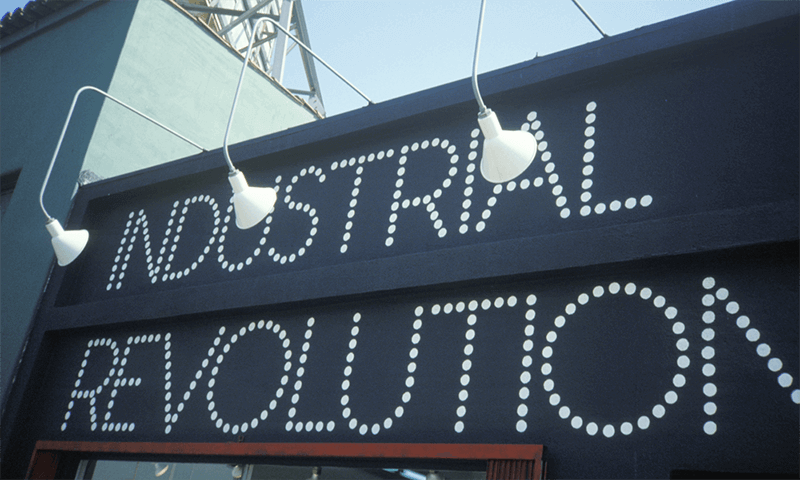 Why Everyone Must Get Ready For 4th Industrial Revolution

First came steam and water power; then electricity and assembly […]