A new and potentially revolutionary application of blockchain technology could have wide-ranging implications for the way employers assess candidates and fill vacancies.

Blockchain is basically a method of recording information on a distributed and encrypted ledger – eliminating the need for trust, or middle-men in many applications. Today it is best known as the breakthrough technology behind virtual currency Bitcoin. But it has implications for any industry which relies on recording, storing and tracking transactions.

This week, APPII launched what it calls the “world’s first blockchain career verification platform” – leveraging blockchain’s function as a “trustless” system to give employers confidence that the candidate sitting in front of him is who he or she say they are.

APPII MD Gary McKay first came across blockchain while working in financial services, and quickly concluded that it had huge implications which reached far beyond his sector.

“I thought – hold on a second – this can be applied to any broker industry where trust is required to exchange value between two parties – so that could be real estate, or recruitment.

“In the case of recruitment, it’s the exchange of a candidate between one party that sources the candidate, and an employer,” McKay tells me.

APPII’s platform allows candidates to create Intelligent Profiles – recording details of professional achievement or educational certification on the distributed ledger, where it can be verified and then permanently recorded.

It then allows organisations such as businesses or educational institutions to verify the “assertions” that candidates make during applications. By recording on a candidate’s profile that an assertion has been verified, there is no need for it to be checked again in the future.

It also uses facial recognition technology to verify the identity of candidates, by asking them to take a picture using the mobile app and comparing it to a photograph on official identification documents such as passports.

McKay says “In high-risk industries, it’s imperative for employers to undertake due diligence – in financial services if you’re providing your money to someone to invest, you don’t want that person to have got their job by falsifying their CV. It’s the same if you go to see a doctor or nurse.”

With vetting and verifying identity and CV details taking an average of four to six weeks in the public sector and financial services, there are obviously huge gains to be made by streamlining and removing redundancy from the process. But the system also has clear uses in today’s increasingly globalised employment market, where candidates can search online for opportunities continents away from anyone who knows or has heard of them. There are also savings to be made in fields such as IT where contracting is commonplace, with some professionals beginning new contracts three or four times a year.

The system is now available to users of the Technojobs service, which caters for candidates seeking employment in IT and technical roles.

As well as employers, McKay is keen to stress that the platform offers advantages for candidates too – giving assurance that their application will be judged on their merit rather than the style or format of their CV. Of course it also levels the playing field for the third of the population which is honest, by exposing the exaggerations or half-truths of the other almost two thirds.

“It makes candidates far more employable because they can use the blockchain to verify their career history, and have it trusted, and it benefits employers by diminishing time and cost to find talent,” McKay says.

Anthony Sherick, director of Technojobs, told me “From an employer’s perspective, they can invest a lot of time in trying to hire an individual and then potentially lose out – it’s a massive amount of wasted time because they are generally checking credentials at the end of the recruitment process. By doing it up front there is a massive time and cost saving, and they are reassured about the integrity and quality of the information.”

Plans to enhance the service next year include rewarding both employers and candidates for participating in the service. Tokens will be issued toorganisations which verify assertions, and to candidates who submit their CVs for verification. It is planned that these tokens will be exchangeable for courses and education.

It’s certainly very exciting to see blockchain starting to be put to use in some innovative ways, and making it possible for us to do things we just wouldn’t be able to do before. The concept of a distributed and encrypted ledger has obvious implications in finance – where many are speculating it can replace many of the traditional functions of a bank. But beyond that, I believe it can effectively and innovatively be put to use for just about any function which involves recording, verifying and tracking data.

Bitcoin may have been the first “gold rush” kicked off by the emergence of the blockchain concept, but it is certain to be far from the last.

This Is Why Blockchains Will Transform Healthcare

The blockchain revolution has made its way to the healthcare […]

What Is The Difference Between Bitcoin And Ripple?

There is so much hype and confusion in the blockchain, distributed ledger and cryptocurrency world and one name that keeps increasignly coming up in that space is Ripple. I often get asked about the difference between Bitcoin (still the best known cryptocurrency based on blockchain) and Ripple. [...] 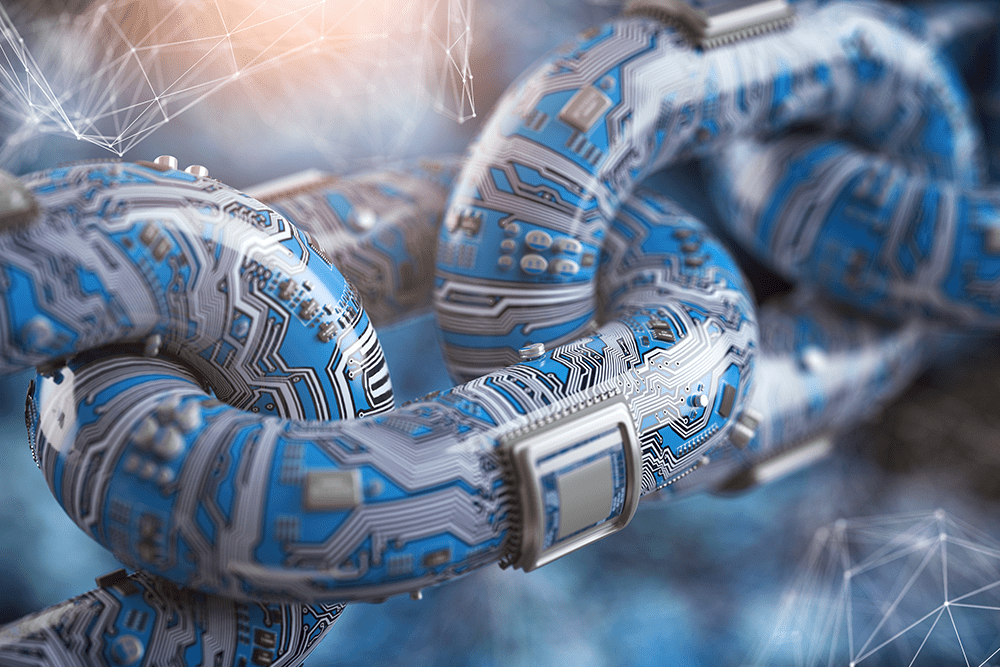