Over 50 years, CES has grown into the world’s largest consumer technology conference. A showcase for the most desirable and exciting toys and gadgets, it has also grown into a forum that shines a spotlight on issues of global importance, such as the impact of technology on healthcare, travel, and education.

Gary Shapiro – who serves as CEO of the Consumer Technology Association which produces CES – believes that fostering an environment of free and open debate is crucial to the role that the tech industry has to play. Of course, this commitment to open debate can give rise to controversy – just this year, objections were voiced over the decision to invite Ivanka Trump, a politically divisive figure, to speak at the Las Vegas event.

But as he explained to me, this wasn’t a political decision – it simply seemed like a good chance to get an important question – how best to go about reskilling the nation’s workforce for an AI-driven future – to the top of the agenda.

In a world where China is graduating over one million engineers every year, and barriers to international cooperation on research and development are going up, ensuring there are enough skilled workers to drive the innovation needed in order for tech to make a real difference is a key challenge.

In his book Ninja Future – a new edition of which has just been released – Shapiro argues that education is critical to solving this problem. In particular, he argues, a rethink of traditional models such as four-year university courses in STEM subjects is needed. So he urges the tech industry to engage in partnerships with community colleges and consider the value of vocational apprenticeships when working towards job-creation. Currently, less that one percent of the 500,000 apprenticeships in progress in the US are in computer science fields, and improving this could unlock a huge amount of value for a business, as well as opportunities for the trainees themselves.

I spoke to Shapiro shortly after the conclusion of CES 2020, and he told me how a White House meeting with Ivanka Trump had led to her invitation to speak at this year’s conference – as well as a pledge by the tech industry to assist in the creation of two million new jobs, through training or reskilling.

He tells me “We were in the White House talking about all of this great new technology – AI, robotics, self-driving cars – and she said that’s all very nice, but what are you going to do about the fact that this is very concerning to the average person in the US, who is working as a driver, or in a warehouse, or as a clerk?

“You guys are creating all this tech and complaining you don’t have people to fill the jobs – and she challenged me and our industry to step up and commit to hiring, training and reskilling Americans.”

Meeting this challenge has now become the tech industry’s contribution to the White House “pledge to the American worker” – a drive that now involves around 300 companies committed to creating 12 million jobs across all industries.

“We have IBM, Amazon, Apple on board, ” Shapiro tells me. Altogether, the tech industry aims to account for around 20% of those new opportunities.

The invitation to Ivanka to speak at CES caused some raised eyebrows – and of course, the inevitable social media backlash that included the trending of the hashtag #boycottCES. But the event itself went well, with many commenting that important issues were addressed.

“Some were urging a boycott because we had the nerve to invite someone they didn’t know too much about … I guess I was surprised people would be so judgemental without knowing anything.

“But to me, diversity of opinion means welcoming people with opinions we may or may not share. We want debate and the only way we are going to do well as a country and as a society is if we have an honest discussion – what are the implications of this technology, what are the guard rails – because tech promises so many great things, but the change is happening so quickly it can inspire fear.”

Of course, much of that fear centers around privacy – what’s being done with all of this data we’re generating? Who can access it, and what can it be used for? This is another area where Shapiro feels both sides of the debate need to be represented if agreement is going to be reached about what sort of world we want tech to help us build.

“We welcome the privacy advocates – and we welcome the police, and we will also welcome Ring.” Here he’s addressing the issue of connected video-doorbell manufacturer Ring, that this year announced it was partnering with US police departments to share information that can be used to reduce neighborhood crime.

“We’re a platform like any other, ” Shapiro says, “and yes, certain things are banned – like guns, pornography, and vaping products. But we’ve changed our position on sex stuff – and that’s turned out to be a positive experience.”

Shapiro is referring to the switch to a more liberal stance that the show has taken this year, with the introduction of a product category covering tech-enhanced sex toys.

This follows a controversy last year after the decision to give an award to a company exhibiting a female “personal massager” was reversed, with the company citing a ruling that “entries deemed by the CTA … to be immoral, obscene, profane … will be disqualified.”

After the organization received accusations of gender discrimination and moral puritanism, the award was returned. Organizers rethought the policy – which had never actually constituted an outright ban, as sex toy and pornography had often had a presence in the past.

This year, while pornography was officially barred for the first time, manufacturers of innovative sex toys were welcomed to attend and exhibit, under the “health and wellness” category. Changing their position to being more inclusive of this field of innovation turned out to be a positive experience, Shapiro tells me.

“We looked at it carefully and thought, sexual health is an important part of health, so we have to look at that.

“But at the same time, we have to balance that with a concern for cultural sensitivity. We have people from more than 140 different countries visiting, and we want everyone to feel comfortable.

“So we had a lot of discussions with businesses and advocacy groups, and tried to work out what restrictions we would need in terms of tastefulness.

“The decision we made was to ban pornography, but allow sex tech on an experimental basis to see how it works out … we’re now in the process of that evaluation.”

This sort of commitment to progressive debate is undoubtedly important when it comes to making sure the tech industry can stick to its frequently-made promises to make the world a better place.

Whether that’s through improving our employment prospects for the future, or improving our sex lives, making life easier for people with disabilities, opening new channels of communication with friends or family, or simply enabling us to enjoy TV and movies on ever-more impressive screens.

The new paperback edition of Gary Shapiro’s latest book, Ninja Future: Secrets to Success in the New World of Innovation is available now. Few people are in a better position than Shapiro to get an overview of how changing trends in technology are driving wider changes across industry and society. Ninja Future explains how qualities possessed by the legendary ninja warriors – adaptability, agility, and clearness of purpose – can be developed by individuals and organizations to thrive in this new world. A brand-new chapter for this edition covers the work done with the White House and Ivanka Trump to involve the tech industry in the nationwide push to create more jobs.

6 Practical Examples Of How Quantum Computing Will Change Our World

Computers have helped us to calculate the vastness of space […] 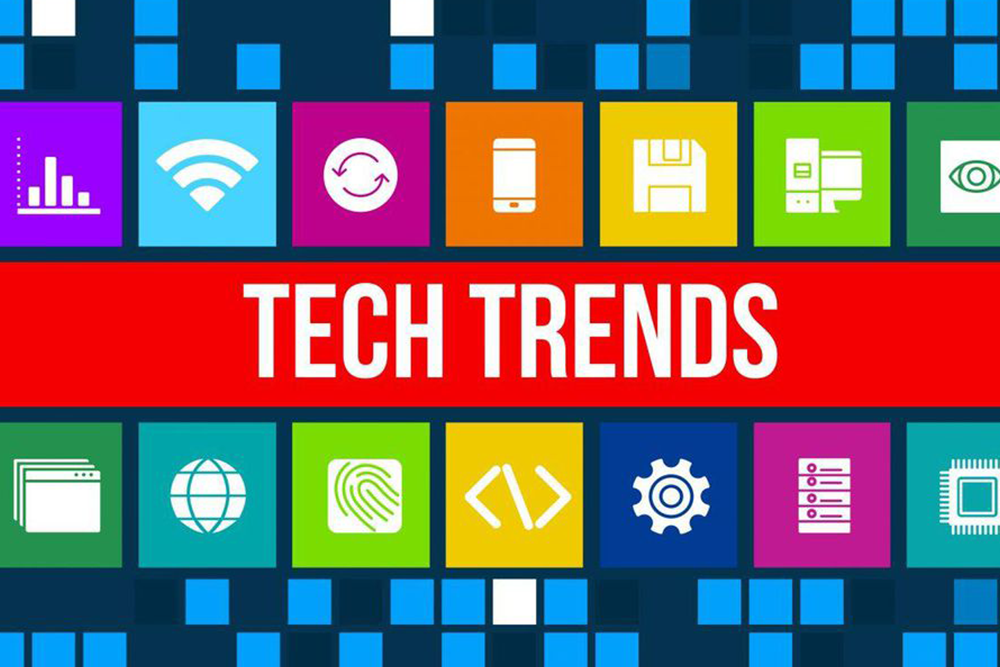 7 Unmissable Innovations And The Latest Technology Trends At CES 2020

The 5 Biggest Technology Trends In Business

Several important tech trends are driving the transformations that herald […]

For the first time in its history, the world’s biggest […]

What Is Quantum Computing? A Super-Easy Explanation For Anyone